Celebrating the moments! Coming out of my birthday celebrations (which were fantastic by the way, because of all of you!), I began thinking about the whole idea of celebrating. After a birthday or special occasion, I always notice the difference. Of course, as an adult, birthday celebrations come and go, but when you have a full birthday like I did […]

END_OF_DOCUMENT_TOKEN_TO_BE_REPLACED

Positive emotions. A topic for the times! And rightly so, because today we can follow emotions in the brain by means of a procedure called an fMRI (functional magnetic resonance imaging). Most of us know on a simple scale, what an MRI does. It gets under the skin in a way that X-Rays, CT scans can’t begin to. Tells us […]

END_OF_DOCUMENT_TOKEN_TO_BE_REPLACED

A simple conversation . . . with Brother David Steindl-Rast / with no expectations.

A simple conversation . . . with Brother David Steindl-Rast With no expectations There were no expectations as I had prepared for my meeting with Brother David Steindl-Rast. After all, I was simply grateful to meet with him. This was his private time, the time when he retreats to his Benedictine lifestyle, to the monastery, away from the whirlwind of […]

END_OF_DOCUMENT_TOKEN_TO_BE_REPLACED 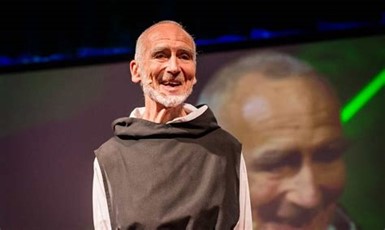 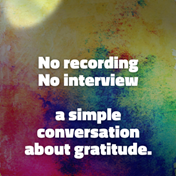 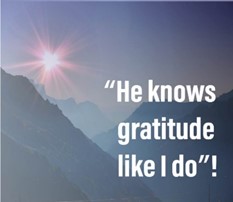 END_OF_DOCUMENT_TOKEN_TO_BE_REPLACED

stand4gratitude If you think this is your regular lemonade stand . . . think again. This is #thegratitudestand . . . where we put our foot down for gratitude. There is no wiggle room here. This is where the pedal hits the metal, the rubber hits the road, the schnizzle meets the dizzlel You get the picture. A simple and […]